Last week’s 2019 ICAS Convention attracted 1,501 delegates to the Paris Las Vegas Hotel in Las Vegas, a slight drop from 2018 and 9.7% higher than the most recent ten-year average.

“Attendance was strong,” said ICAS President John Cudahy. “But it was the enthusiasm on the trade show floor and the consistently positive ‘vibe’ that set this convention apart from others during the last several years. Optimism has returned to the air show community and you could really feel it all week.”

And, as the air show community returns to their homes and offices after a successful week in Las Vegas to continue preparing for the 2020 air show season, ICAS is already beginning its work on the 2020 ICAS Convention, scheduled for December 7-10 at the Paris Las Vegas Hotel in Las Vegas.

What is Going On With the Weather?

Do You Know Where You Are?

Weather Considerations: The Voices of Experience 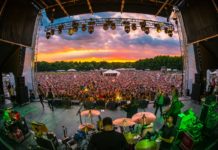 An Event Planning Expert’s Perspective on the Opportunities and Challenges of...

How to Truly Change Our Safety Culture

G Tolerance and Dehydration: What You Don’t Know Might Hurt You