On July 19, the Royal Air Force Red Arrows announced that, in addition to an extensive schedule of air show performances, they would be performing non-aerobatic fly-overs in Washington, D.C., Boston, San Francisco, Houston, Seattle, Vancouver and several other cities as part of the largest North American tour in the team’s history. In total, the tour will now be comprised of nearly 20 aerobatic displays, multiple flyovers and 100 separate ground engagement activities.

The Red left for Canada and the United States on August 5, following their final 2019 performance in Great Britain at the Royal International Air Tattoo on July 21. The team will be deployed for an 11-week tour that visits 25 cities and promotes British trade in the United States and Canada.

Air Show Ticketing and Ticket Management in the Digital Era

We are in Control of our Future: Managing the Challenges of... 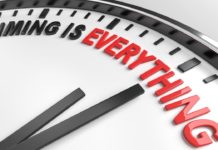 Timing Is Everything! What show business teaches us about timing and...