Home News Peitsch to Be Inducted Into the ICAS Foundation Air Show Hall of...

In acknowledgment of his 45+ years as an air show performer in his iconic Interstate Cadet, his unique truck-top landings, his entertaining and one-of-a-kind comedy act, his contributions to the pure entertainment of the air show industry, and his ingenuity and creativity connecting with audiences across North America, Kent Pietsch will be inducted into the ICAS Foundation Air Show Hall of Fame at the 2021 ICAS Convention.

A past recipient of the prestigious Art Scholl Memorial Showmanship Award, Pietsch has a well-deserved reputation as one of the world’s most entertaining air show performers. His long-running national sponsorship has helped set the standard and has become a model for many modern-day performer sponsorships.

Join industry colleagues at the capstone of the 2021 ICAS Convention, the Chairman’s Banquet, on Thursday, December 9 at the Paris Hotel and Casino in Las Vegas to honor Kent Pietsch, the newest ICAS Foundation Air Show Hall of Fame inductee.

The ICAS Convention: A Look Behind the Curtain 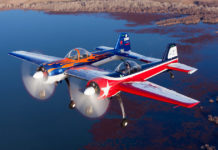 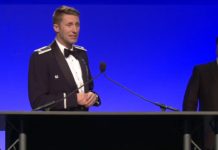